The mascara I’ve been using recently is going to stop being produced, so I’ve been on the lookout for a new one. One that piqued my interest was the Fasio mascara – the new Kose Fasio Volume EX mascara that came out on 16th July 2018, so I went and bought it.

The brush has a rather unique shape that looks as though it’ll spread the mascara on beautifully. I was keen to try it out! 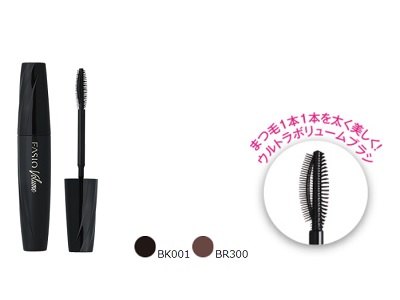 How to use the Fasio mascara

For more noticeable effects, use an eyelash curler before applying the mascara. To remove, use make-up remover designed for waterproof mascara.

Ratings written on the packet

Let’s try the FASIO mascara out!

The packaging looks classy, doesn’t it! I bought it in black but it’s also available in brown. 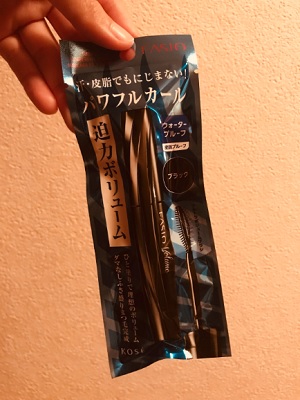 Opening it up, the brush is more striking than I’d expected. 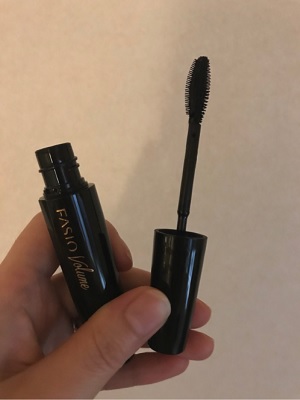 I got my daughter to try it on for this picture. On the left, she applied one layer of mascara, and on the other side she doesn’t have any on.

I also tried it out and above all I noticed that it’s very easy to apply and doesn’t clump at all.

Removing the Fasio mascara off

After using a normal cleanser there was still some mascara left, as might be expected. You probably couldn’t tell just by looking, but I could feel it hadn’t been removed completely.

I then used Fasio’s mascara remover with a cotton pad and the mascara came off properly. It was surprisingly simple to remove. After that you can just wash your face as normal. 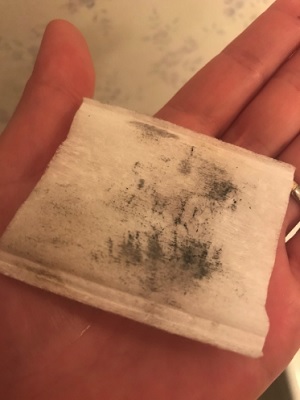 My impressions of the Fasio Mascara 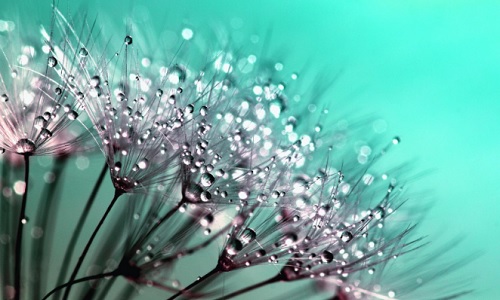 My daughter mentioned that because it has two parts to the brush, the brush doesn’t stick to the eyelashes and it’s easier to put on. She also said the curl effect lasted longer than her usual mascara.

When I was younger, I remember if you fell asleep or cried while wearing mascara it would smudge everywhere and you’d get “panda eyes”. It’s kind of nostalgic somehow… these days mascaras have improved a lot and stay on much better than before.

I started to wonder if I could go swimming without taking it off (#^.^#)

In fact, I did go to the pool today, but also forgot to bring my make-up remover. I used foam cleanser instead, but it didn’t really remove my make-up. I didn’t have much of a choice so I just went in the pool anyway. The mascara stayed on all the way to the end. Wow! Definitely five stars.

Have I satiated your knowledge for makeup products? If not, how about looking at FLOWFUSHI’s Mote Mascara has really chic designs, and quite popular in Japan!