The Wonect crew gathered around the table, casually discussing about food, with little attention paid to the 2 packs of 18 Prohibited Curry Chips. That would prove to be our folly. 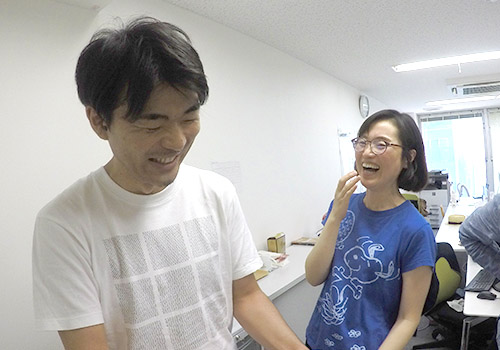 Mizuguchi-san (Wonect boss) and I were already discussing the week before, talking about how spicy this is. Another spicy snack? Maybe the Maiko Han Hii Hii Curry Senbeis would meet its match. I prepped Wulan and Chong, much their delight and horror respectively. Chong may be Korean, but she’s lost her touch for spicy stuff. But seeing how well she handled the spicy senbeis, I thought she’d be fine with it. 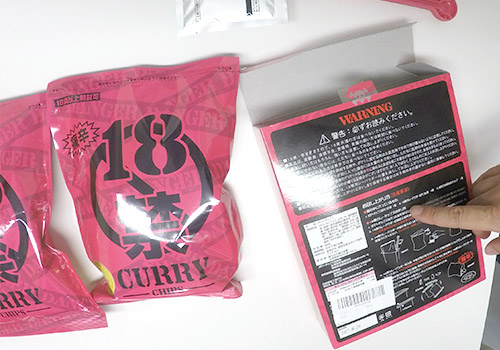 The 18 Prohibited Curry Chips came in a box, which included the chips themselves, curry powder that is supposed to be shaked with the chips (like how McDonald have the shaker fries), and a clip to seal the bag while we shook the powder into the fries. The choice of pink was interesting, as it didn’t translate any sense of spiciness to the consumer. 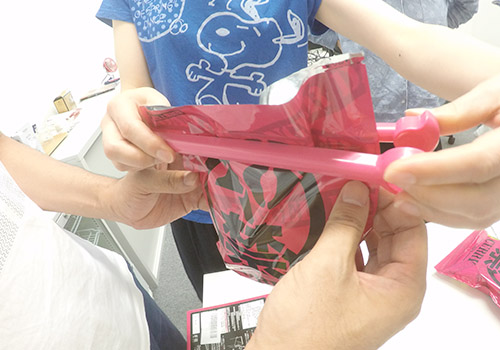 My first impression was that it was a delight preparing the 18 Prohibited Curry Chips. You find the Japanese “ometenashi” here! The packet has been engineered to allow a clean peeling while opening the packet. The clip allowed effortlessly shaking of the chips, and for sealing it away when the chips cannot be finished. We took a bite off the potato chips, but it tasted surprisingly simple without the powder. 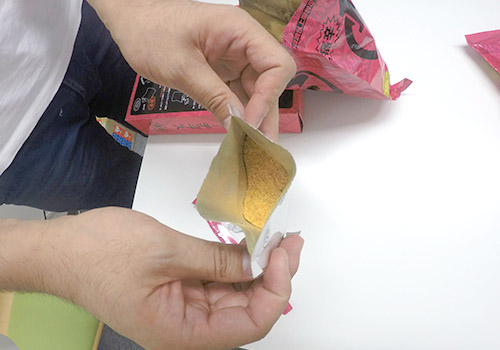 Suddenly, Chong gave an exclamation. Mizuguchi has opened the packet of curry powder and poured it into packet of potato chips. Apparently, the powder particles reached Chong’s mouth and nose, who was standing beside him. “It burns!” she said with a serious tone. Mizuguchi was the next to say the same, which raised the alert status for the rest of the team. Or the worried status… 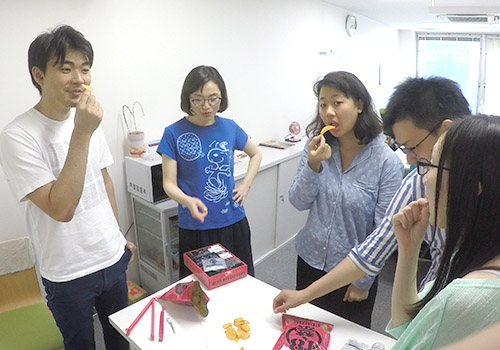 Wulan was the first to try. “Yes, it’s hot.” Wulan knows how to take spiciness, and for her to say it’s spicy, it has got to be spicier than what most of the team is able to handle. Yet before we could process that, Mizuguchi and Chong were already in agony. The spiciness is no joke: the first bite, not matter how small the piece was, would be like a spice hammer knocking us out of the park. It was sudden, it was intense, it was… unpleasant! Only Wulan and Oomori survived the skirmish.

“The powder ingredients are not written on the box?!” – Mizuguchi

“Someone made this forbbiden powder.” – Chong

“Isn’t the company who made this in danger of getting sued?” – Oomori

We agreed that the 18 Prohibited Curry Chips was too spicy to be enjoyed. Like Wulan says, it’s so spicy that it numbs the tongue, and it was no longer possible to taste any deliciousness. What’s left was just the burn, which is great for masochists, but definitely not for anyone who enjoys the subtle tastiness in food. We’ll suggest this for anyone who has a strong tongue for spiciness, or (as Chong suggests) a punishment for losing at games in parties. 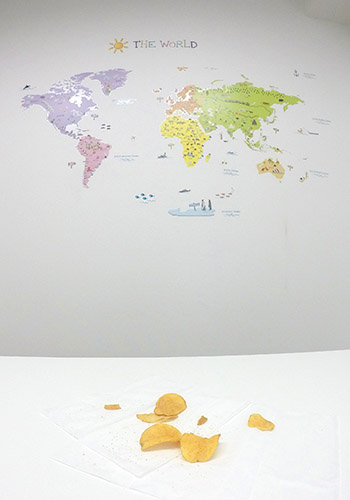 Being the king (of spiciness) can be a lonely affair, with no friends around…!