Do you know if the Japanese product you are using is a medicine, quasi drug or cosmetic?

We probably don’t bother as much as we do with brand name and beauty benefit. However, there are merits and demerits to using any of these three. So ultimately there’s a possibility that you might not be getting the desired benefit you want!!

According to the Pharmaceutical Affairs Act, all skincare products categorises as medical drug, quasi drug or cosmetic. Sure, we can pick up the skincare products to see which of the three it is, but it’s more likely that we don’t bother with it while using.

It is no a problem that you do not pay attention to it, but the knowledge will unlock more choices for you in the future! 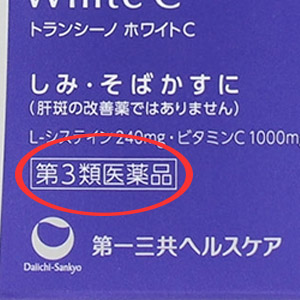 “Medical products” have sub-categories too, depending on risk factor. Skin whitening products are also often “medical products”, like Transino White.

As the name suggests, these are “medications”. Japanese medical drugs use effective ingredients to cure and prevent illness. Thus it is imperative that we keep to the stated upper limit and timings. In addition, we can only receive most of these medication from hospitals and difficult to get at drugstores.

Medical drugs are the most effective among the three categories of skincare products, but at the same time the most risky. Therefore we must be careful, because it is possible that the products might not match our skin, or may even cause our skin conditions to degenerate.

1) The Ministry of Health, Labor and Welfare approves the formulated ingredients as effective.

2) We can expect Japanese medical drugs to be curative.

3) It is possible to get some of the products at drugstores.

1) While they are effective, there is a risk that these drugs have side effects or are unsuitable for the skin.

2) Some Japanese medical drugs are hard to get because they’ll require a doctor’s prescription. 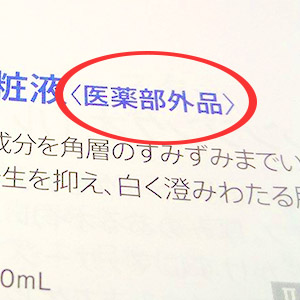 Not on the same level as medicated drugs, but still approved by Japan’s Ministry of Health, Labor and Welfare.

The Ministry of Health, Labor and Welfare approved Japanese quasi drugs are suitable for preventing and improving symptoms. They are defined as quasi drugs because they contain a certain concentration of particular ingredients. These apply to packages or product names that are marked with “medicated”.

1) Japan’s Ministry of Health, Labor and Welfare approves of the ingredients and recognises them as effective.

3) Unlike Japanese medical drugs, they can be easily purchased.

1) Users with sensitive skins need to pay attention because not every ingredient is listed.

2) Japanese quasi drugs are weaker than Japanese medical drugs, even though both of them may have the same ingredients.

Now, you might be troubled by skin troubles, acne, or skin dullness that doesn’t seem to go away. This is when you may want to use Japanese quasi drugs. We can’t say that all the products will be suitable for all users. Nevertheless, the Ministry of Health, Labor and Welfare has approved of them through strict terms, so they might be good for your concerns! 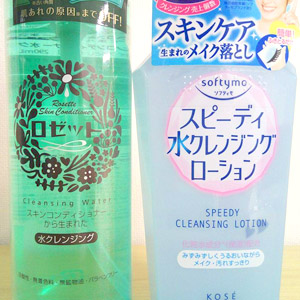 Makeup removals and facial washes are generally safe for all to use.

Japanese cosmetics are for maintaining cleanliness and health. So this category of skincare products the most stable in terms of their effect.

Some manufacturers may have created their own unique ingredients, and they would be classified as Japanese cosmetics. Note, however, the Ministry of Health, Labor and Welfare may not have approved some of the ingredients yet.

1) Japanese cosmetics contain the gentlest ingredients for the skin.

2) Offers the opportunity to try out the newest beauty ingredients in market.

1) The effects are not strong enough to expect curative or preventive effects.

So, should we be using quasi drugs or cosmetics? (We don’t use medical drugs on a daily basis, should we will not be considering them.) 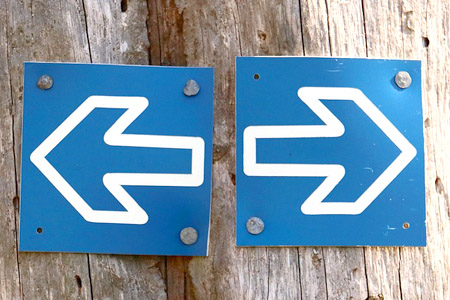 Japanese quasi drugs are best for pinpoint care, for example when we get skin spots, acne and other skin troubles. On the other hand, there is a chance that it may be too stimulating for us because of how strong some of the ingredients can be. We might even end up having dry skin.

Furthermore, according to the Pharmaceutical Affairs Act, manufacturers do not need to list every single ingredient on the product packaging. Thus patch tests for users with sensitive or extremely dry skin are highly recommended before using these products.

Japanese cosmetics are skincare products for users who have no particular skin concerns or who seek normal skincare. In addition, the listed ingredients are arranged in decreasing amounts, making it easy for us to choose according to the ingredients we want.

We need to differentiate between quasi drugs and cosmetics if we want to choose something that matches our skin condition and skincare goals.

It can be a little difficult to understand what the Ministry of Health, Labor and Welfare considers to be medicine, quasi drugs and cosmetics. In simple terms, as we move through from cosmetics to medicine, the higher the benefit, the higher the stimulation to our skin.

We will talk about popular quasi drugs for skincare in Japan in our article next week. Don’t miss it, especially if you are troubled by skin spots, acne or skin trouble!